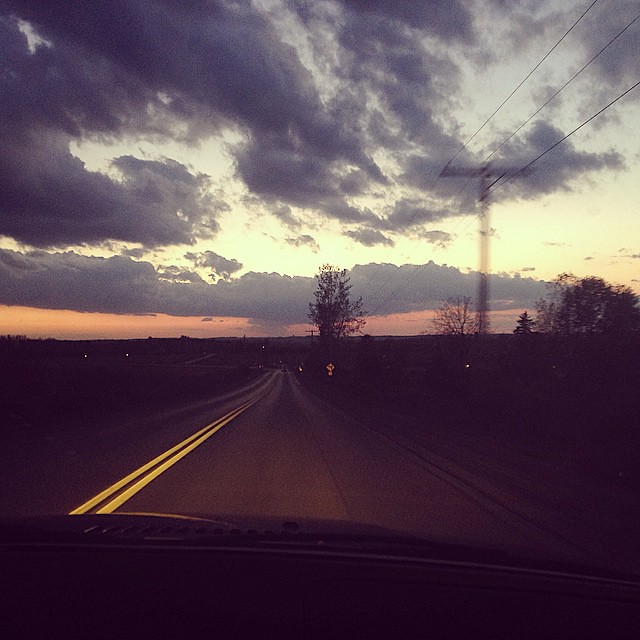 I don’t have much to blog about today! I had a bit of a run-in with a box grater last week (grating onion for latkes, worth it) that resulted in a pretty good gash to my right index finger, so I had to take a couple days off knitting. I did manage to get out to take some photos for a couple of new sweater patterns that will be out soon.

Then, I realized the sweater back I showed in my last post was probably going to be too big, so I had to rip it out and start over. Luckily I still really like these cables! The problem with having so many projects in progress is that there’s not much to show even if I were knitting around the clock!

I have posted a couple new skeins of handspun yarn for sale, including this pretty one: 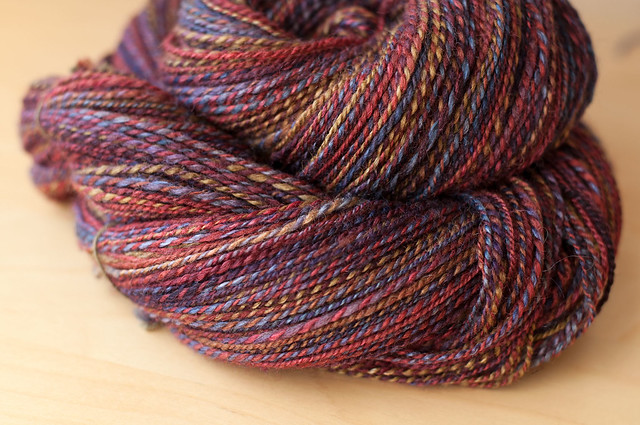 I’m hoping to get lots and lots of knitting time in this week. Maybe start a new shawl.

If you’re in Toronto and haven’t done so already, make sure you get out and vote!

Watching: Defiance – I just finished season 1. It’s not particularly deep, but I like it!

Reading: Starting Mysterium by Robert Charles Wilson. I finished 11/22/63 and it was so good, you should definitely read it if you’re into time travel mysteries.

Eating: Halloween candy (oops) and Chicken Pho. I cheated a bit on the broth and used 1 carton of chicken broth + 2L water to cook 4 chicken legs, instead of the whole chicken, and omitted the 3lb of extra chicken bones/wings. I used the spice amounts from Serious Eats. After we had our dinner, I refrigerated the broth overnight, removed the fat, and now I have a couple containers in the freezer ready for when pho cravings strike!

One Response to “A Little Slow”