stick a fork in me

I’M DONE!!! HOORAY!! (I may not have passed, but let’s just not think about that till January.) 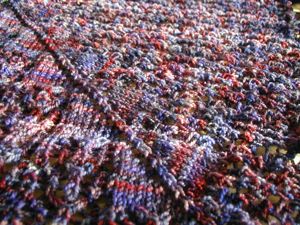 Colours are wayy off today, but I’m being lazy and just taking quick shots on my desk (which no long has school work on it!) Here’s a closeup of the beads I used on the edge: 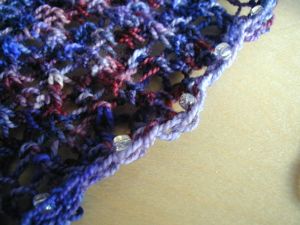 I ended up only using 2 packs (60 beads) – I had bought four. I’ll probably just hang onto them rather than returning them, though; they’re pretty. I wanted to do a Eucalan soak, but I don’t think I have time – I’m going to have to just pin it out and spray it, later tonight when I get home. Would spraying it with a Eucalan solution help at all, do you think? 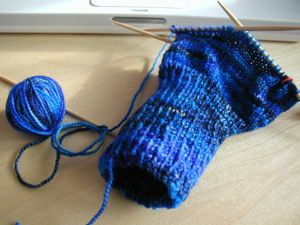 And now I’ve got to run, because I need to get dressed and all for work and for going OUT tonight! Wow, out. Haven’t been there in awhile.