I couldn’t decide between green and pink – I wanted them both, actually. 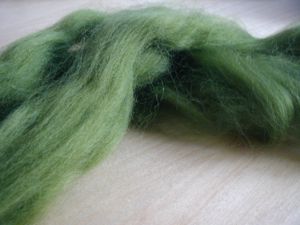 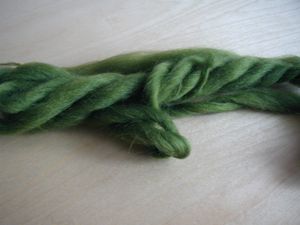 Second attempt – they to be about heavy worsted/chunky weight singles. Pretty twisty, but not so much after it’s been set. Definitely a bit thick and thin but hey….it’s like Manos! 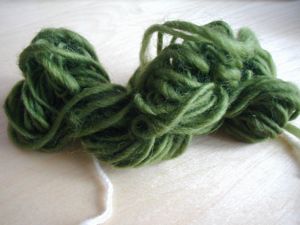 Third attempt in progress – trying to be thinner. Still pretty inconsistent, but if I wanted perfect yarn I’d buy it! Stephanies’s tutorials (scroll down) are invaluable. I’m predrafting like there’s no tomorrow. Definitely makes things easier. 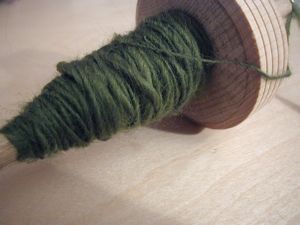 I think I need a new spindle. This one, which was in a kit from Redbirdknits is pretty good, and spins well, but the whorl has been slipping down – needs more glue, but I don’t want to stop spinning. I was thinking of going and getting the Ashford drop spindle, but I think that’s a bottom whorl one and I quite like the top whorl.

Uh oh….makings of an addict….