It’s like an update from the olden days of knitting blogs – look, I finished a pair of sleeves! 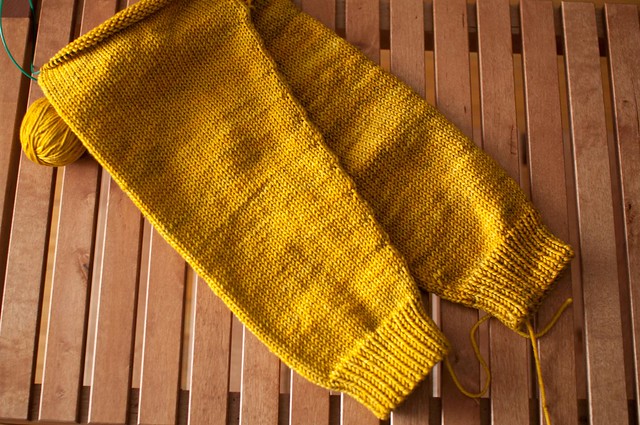 They’re bracelet-length, so a little shorter than usual, 16″. I’ve been knitting with so much thinner yarn lately that I forgot how fast worsted weight can be! I cast on the first sleeve last Friday and now they’re both done. They each used less than a full skein of yarn, so maaaaaybe I won’t run out of yarn for the body. Maybe.

This past weekend I was thrilled to attend the wedding of longtime friend and fellow bell-ringer Ilana to Dan! I didn’t take my camera though, so I have exactly one photo. Trying to appreciate being in the moment is a good thing, but I still wish I’d taken some photos. 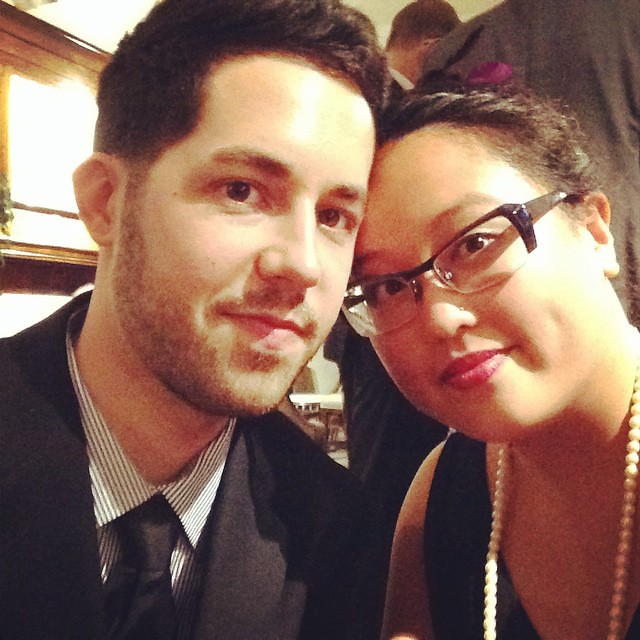 Trust me, we looked great ;) I also helped Yvonne decorate the groom’s cake on Friday – for my first fondant experience I cut out a map of North America! Some islands may be a bit made-up. 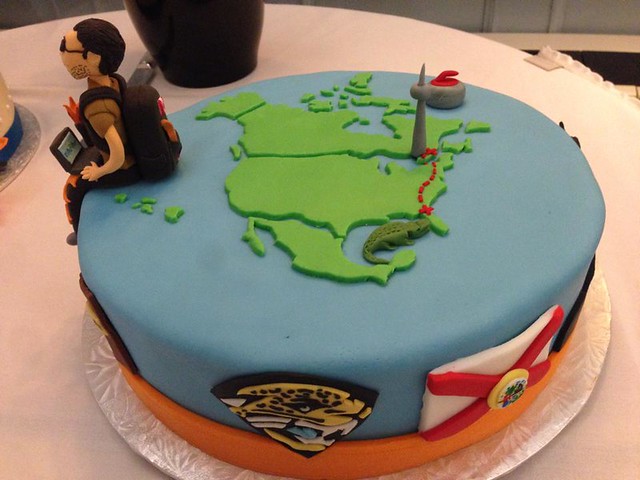 She did a wonderful job on the main cake as well, it got tons of compliments! 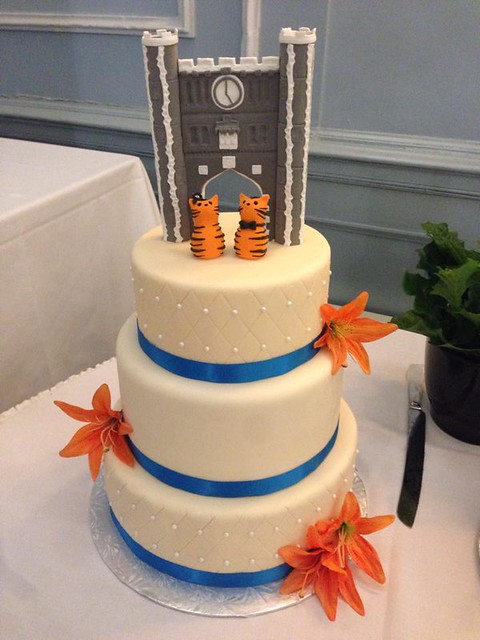 Congratulations Ilana and Dan, it was beautiful!

I needed a bit of recovery after such a good party, but luckily I received some new spinning fibre that should keep me busy for awhile. 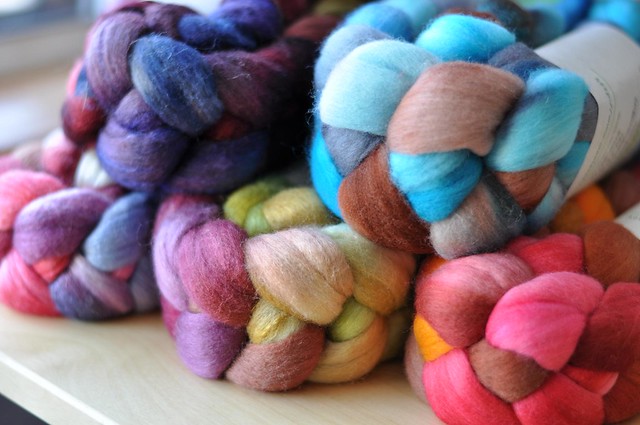 My Candlewick sweater is coming along nicely, but I’m worried that I don’t have enough yarn again! Do I want to play the “does Romni have more of this lot” game? I was dumb, should’ve bought more. 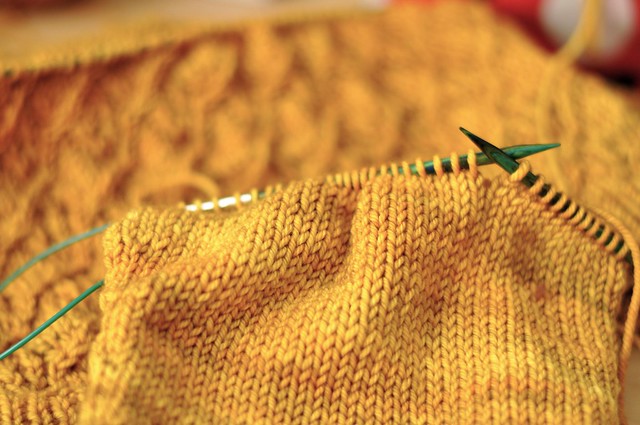 File this one under “knitters will buy anything with a sheep on it”: sheepy Duck tape, from Canadian Tire. 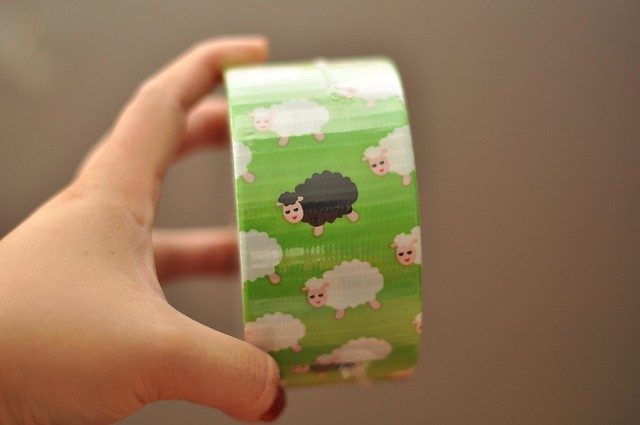 I haven’t done a garden update in ages! Things are starting to wind down, but the beans (green, purple and scarlet runner) that we planted in July are coming in really well. Something’s eating the scarlet runner leaves, but otherwise it looks like they’re doing great! I love the tiny beans. 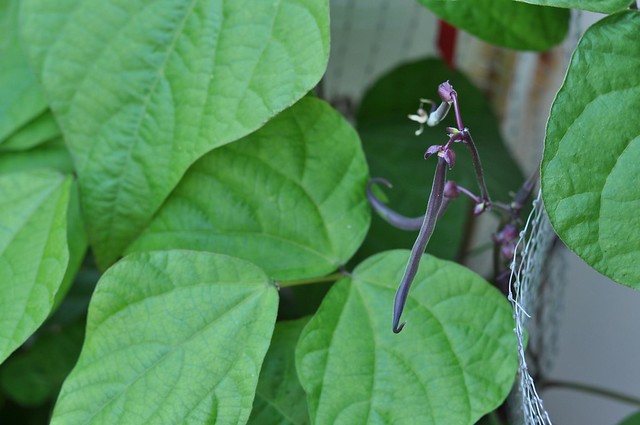 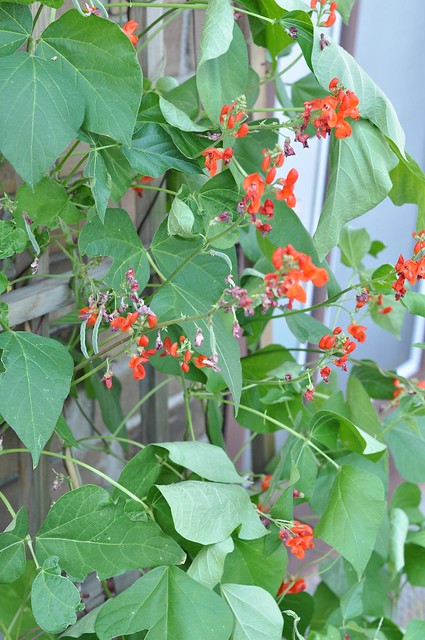 The tomatoes did moderately well this year. We did get a few big ones, which was really satisfying, and quite a few cherry tomatoes. More are coming, too. 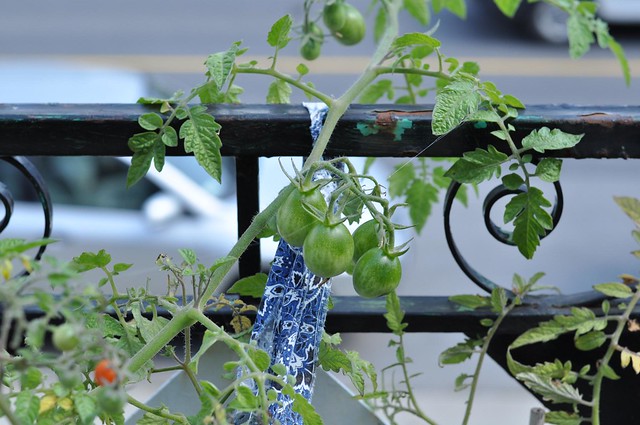 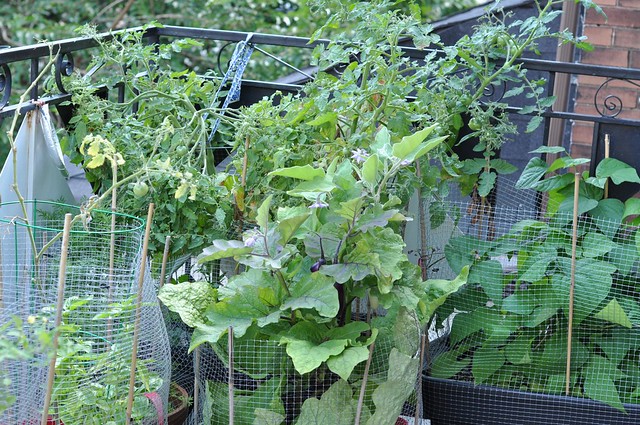 Varieties: ivory pear (they’re more light yellow), riesenstraube, the big ones are Cherokee Purple. The ones on the little plate on the right are still ripening in the window, the ones on the left are ready to eat! The riesenstraubes have a cute little point on the bottom. 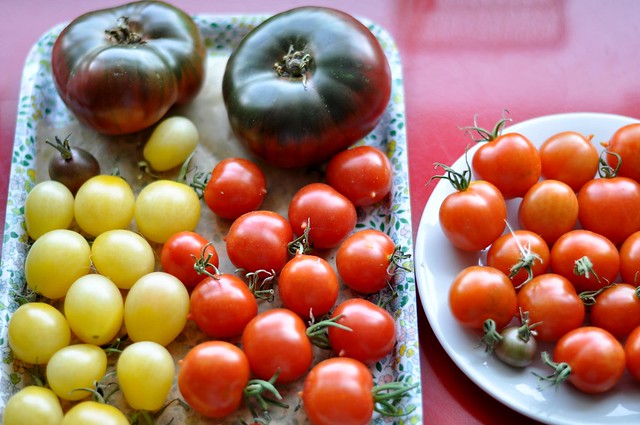 The eggplants grew surprisingly well considering the cool summer. We’ve gotten 1 white one and 3 small purple ones so far, with a few more still growing. 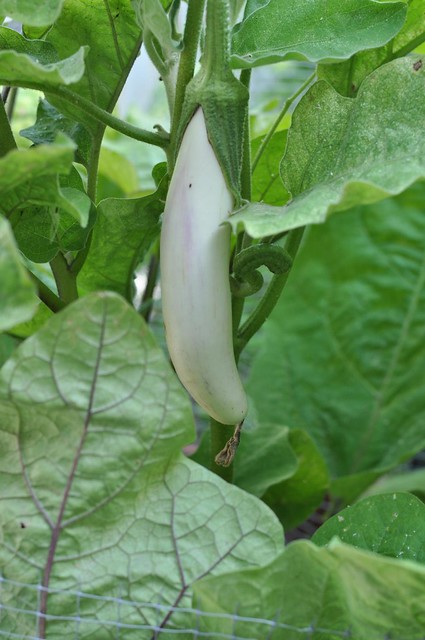 The chard I planted in with the peppers is still growing, I love the way it looks. I think I might try to grow some indoors this winter. 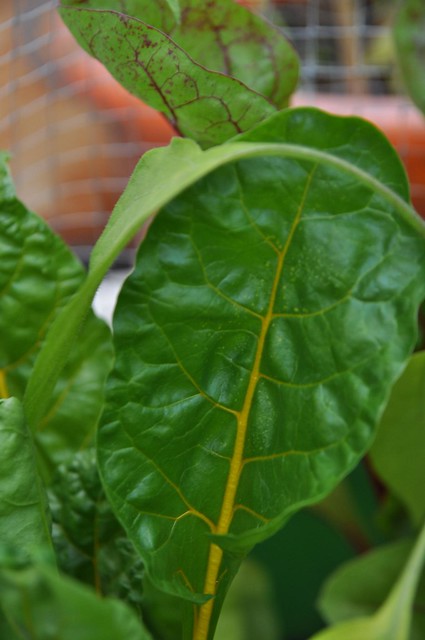 The peppers just don’t stop! I’ve pickled some, and there’ll definitely be enough for another pint. 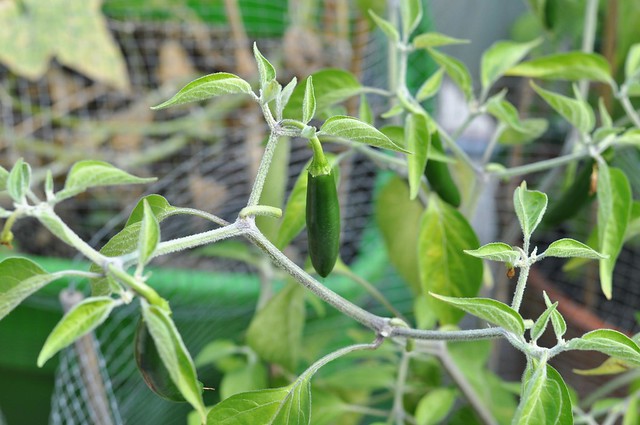 Overall it hasn’t been a particularly awesome nor terrible growing season, though I’m sure all the plants would have liked some more heat. There’s more to learn about gardening every year. I have to keep reminding myself that I can’t really expect yields like someone with a big in-ground garden gets!